Chapter 17–Comfort Is on the Horizon 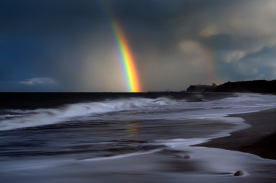 You will recall that we had made the decision to call in hospice, and it was confirmed while Roger was getting fluids at a local hospital. As I struggled in the waiting room with all of the thoughts and emotions, good friend Lisa Martin said, “Glenda, this is so hard.  But you know you are going to make this decision sooner or later.  It’s going to happen.”

I remember that the nurse had a hard time sticking Roger to get a vein for the fluids. Three times and no success.  They called in another nurse, and they finally got it.  She said if they were going to do more long term fluids they would have to put in a port.  I told her that hospice was now involved, and I didn’t know how they handled outpatient fluids.  She said, “It depends.  They might want to do more…maybe not.”

We got home and Harbor Hospice called and got information from me. They would call again to set up an appointment to evaluate him and get things going. I had so many questions going through my mind. Will they stop all medicines? Will Roger understand what was going on?

Roger’s sister Elaine called and planned to come that Sunday. Eva, his other sister in South Carolina was planning on coming, too, but wasn’t sure because her husband Billy was running a fever.

Lisa Martin and her husband left. Before she did she showed me her choice of Roger’s books.  I had told her to look through his stuff and pick something out. It was a thin New Testament.  She had remembered him using one down south. I teared up and cried…not because she was taking it, but because I knew there would be many other things that we would eventually go through, and I would find a piece of Roger with it.  In the back of this Bible were 5 names of those he had led to the Lord when we first moved here.

My dear friend Kathleen and her friend George had volunteered to help me in any way, and so I decided to take them up on their kind offer. They would come and stay with Roger while I got my hair done. Of course, the usual panic set in when I left Roger with someone else. I wanted him to be pottied and emptied while I was away; my worry was unfounded. They brought us lunch and then I left. It all worked out, and I had a nice break.

Roger and I just kind of sat and did nothing the rest of the day; however, I dumped his bag on the floor just like he did one other night.  I just let it slip, and whoosh–it was everywhere. That taught me a lesson about not jumping to conclusions about Roger’s mishap. [We all jump to conclusions, don’t we? We hear just one side of a story and immediately think the worse and champion one side over the other.] He hadn’t intentionally missed the toilet the other night–it was indeed an accident.  If he could have one, I could, too.  So, I got that cleaned up.  Blech

Wetting the bed became routine, and as I have gone through my notes recently, I noticed that this was a frequent occurrence. I had put Depends on him and after I started to use those protective pads, the task of stripping the bed was lessened.
Hospice called and made an appointment for Thursday, November 13, 2014. They asked if I was sure we wanted to do this, and I answered, “Yes, and you can bring the nurse for the evaluation.” I felt we were at the point of no return.

I told Roger that we were going to start hospice and asked if he knew what it was. He said “Yes.”

I explained, “The treatment just isn’t working, and hospice will help us at the end so things could be easier.” My eyes moisten as I type this. With his mental state it was hard to know what he comprehended. I was telling him those words mainly for me, I guess.

I sent an email to family and friends to explain what the hospice intake was.

This is a real jumbled up summary of what the hospice meeting was today. I guess of greatest importance is that Roger agreed to it, and I think understood what was happening. He was pretty clear of not wanting CPR when asked. He understood the DNR orders. He asked that I sign the papers in his stead.  When asked what his goals were through this he replied haltingly, “I want to see this through.  I want to go through.”  Or something like that. I was afraid that he was going to say he wanted to fight this.

Anyway, Adam, the front person was very clear with everything hospice was and wasn’t.

It IS helping you live out your life with as much comfort and dignity as possible.

They don’t hasten death, and they don’t cure illnesses.  They let nature (God) take its course.

Adam answered most of my general questions with his introduction. The intake nurse answered a lot of “medical” questions.  We will have the same primary care nurse (Beth), same CNA, same social worker, same chaplain, if desired through to the end.

They left a lot of information that I can’t begin to share because I haven’t read it yet, but it looks so good.

I kept looking at Roger throughout everything.  Sometimes he was with it….sometimes not. I just felt so bad at times, thinking he thought I was going to put him in a home. I said again to him that his brain cancer has gotten to a point where it is not responding to treatment, and we had called hospice to help us be comfortable at the end.

Some of my questions:

So, that’s pretty much the story. Oh Stephanie and Jody, you will find this interesting.  As of October 1, 2014, they do NOT dispose of or count the morphine meds after death. They count everything each time they come, but someone made a law about at the end.  They can recommend how to dispose, but can’t do it for us.  Sure am glad we aren’t druggies.   Could probably make a lot of money off of it.

Sorry this is so long. But I wanted you all to know that I cried at the beginning of the hospice session, but then finished strong.  It’s ok. And I think I would like it if I were terminal.

The hospital bed was put up. From the beginning I knew it would be a huge help. It was hard to determine what Roger thought of the bed. Part of me didn’t like it. I didn’t have Roger in bed next to me. The other part of me loved it. If I had to change him in the middle of the night or in the morning, it was easy. There were no sheets to wash! The washable pad was right under him, unlike when he moved around in the big bed.

Roger became very quiet. When I tried to converse with him he answered in mono syllables. He just sat and stacked things or touched things with his pen. I played my solo CD while we sat at the table, but I didn’t know if he enjoyed it. His affect was so flat.

It was a long day. He didn’t talk. He just sat at the table and fiddled with a spoon.

And so we sat. Together. At least we were together.

He was dry at 8:00 pm when we laid down for bed. At midnight he was soaked again.   I stripped him on his side of the bed.  Note to self:  don’t take off all of his clothes and stand him up unless he is on tile.  While I was getting something, he promptly peed on the floor. The carpet. Right by the bed.  So I got him to the tiled floor in the bathroom and he peed on the throw rug there!  I couldn’t win!

Each day brought new challenges. He was so hard to move that my back started to hurt. I have said this many times: I AM NOT A NURSE. I’m adding to this things I am not: I AM NOT A PHYSICAL THERAPIST. He was getting so hard to move.  My back was starting to hurt. I didn’t have the knowledge of how to move him correctly.

When I would get him in bed, he would slide down to the foot of the bed.  It was hard to scoot him because it was only me.  I determined to ask the nurse how to manage this.

I didn’t know what this was going to be like. I prayed, “God please be merciful and take him quick. And God please help me find someone who can help me.”

Lest you think there was no laughter, we still found humor in some things.  Like this picture.  He was always controlled the remote.  You can see he didn’t forget that skill. Two-handed even!

This entry was posted in Brain Tumor, Family, Glioblastoma, Hospice. Bookmark the permalink.

4 Responses to Chapter 17–Comfort Is on the Horizon